Why we should use css preprocessor stylesheet over standard css.

CSS preprocessors add functionality to CSS files, with the aim of saving developer time and effort. If you have written in any CSS preprocessing language, then you can convert it into another type of data.

Preprocessors can enhance the functionality of CSS with assets like variables, operators, interpolations, functions, mixins to name a few. All these assets are integrated to the regular CSS syntax for increased efficiency and productivity.

The Need for CSS Preprocessors

When you peruse the evolution of web over the years, you can easily see that using CSS as it is will never be enough. It is an almost primitive concept. And when it comes to complex projects, the task becomes even tougher. On the other hand, new specifications are added to HTML frequently.

You can try writing better CSS by separating definitions into smaller files and transferring them all into one big file. While it handles component issue successfully, it can lead to other problems like code repetitions and maintenance.

Different solutions to solve this were tried, but nothing could improve the maintenance issue that still cropped up. This is where CSS preprocessors come in. They are integrated with advanced features that would help you write not only reusable codes, but you can easily make them extensible and maintainable. Preprocessors can help increase developer productivity.

Why Go for CSS Preprocessors

As CSS preprocessor is an advanced version of CSS technology, it makes the basic CSS fully competent. Let’s look at the key advantages of using this technology.

1. CSS preprocessor is DRY, Not WET

One of the most noted features of CSS preprocessor is that it follows the DRY (Don’t Repeat Yourself) principle and not the WET (Write Everything Twice) principle when it comes to writing codes. It saves developer time because they no longer have to worry about writing codes repeatedly.

2. Aids in Modularization and Portability

The structural elements of certain sites remain the same, and preprocessing, especially in the LESS style (will be discussed later) makes it easy to make reusable modules. Developers can now use variables to change colors, visual aspects and fonts by tweaking on a few values eliminating the need for search and replace.

Needless to say, hardcoding CSS is a time taking task because you’ve got to run through a series of activities like typing selectors, writing color strings, their properties and so on.

And you need to do the whole process all over again when you need to incorporate the same things elsewhere. Preprocessors can save a lot of time and effort by helping to avoid repetitive coding and redundancy.

4. Enjoy the Power of Code Reuse

As CSS is mostly about typing the same code over and over again, developers are well aware of the monotony behind it. For example, if you want a specific menu to have a drop shadow feature, you need to retype the code or copy-paste it each time.

With CSS preprocessor, this effort is eliminated because you can use mixins to define global styles with desired functions and capabilities so you can reuse them whenever needed. Just a simple line of code would be sufficient.

5. Your CSS Gets More Organized

Using preprocessors, makes the CSS more organized, especially when it comes to LESS and Sass, two of the most popular CSS preprocessors. Both these styles support nested definitions.

If you know CSS, and have experience in writing Less and Sass.scss files, then preprocessors are even easier to write.

If you want to start a new project, you can pick up these threads and start right away eliminating the need to write everything once again. You can enjoy more concise style sheets that can be easier to write, maintain and update, and even handled by multiple people.

7. Easy to Setup and Maintain

The code can be easily maintained and reused. The changes are edited once, so you no longer have to update it everywhere.

You can use the variables, mixins and functions and define a value or even a group of values and then it uses the same with little tweaks here and there. Preprocessors help you maintain large style sheets so you can run them whenever needed.

Developers can choose from among these preprocessors to parse it to their regular stylesheets. They are Sass, Less, Stylus, SwitchCSS, Turbine, CSS-Crush, Compass, to name a few.

The three most popularly used CSS preprocessors are Sass, Less and Stylus. Let’s go into each of the three in detail:

Extremely feature-rich and highly compatible with CSS, Sass is coded in Ruby, is cross platform and integrated with more capabilities than any other CSS extension language. A number of frameworks are built with Sass like Compass, Bourbon and Susy.

The interesting part is that Sass is similar to CSS, but minus the curly brackets and semicolons. It has superb features like variables, mixins, inline imports, selector inheritance, etc. There are also advanced features like control directives for libraries.

Sass enjoys a very strong and active developer community comprising of developers from famous IT companies and it boasts of a mature Core team.

The SASS syntax is the older version and is also known as ‘the indented syntax’. It is called so because it uses indentation to separate the breaks in the code and newline characters to separate rules. This syntax will be more suitable for a Ruby/Python developer team, when compared to a PHP/Java team.

SCSS is similar to syntax of CSS. It follows a block formatting principle where braces are used to denote code blocks while lines within a particular block are separated by semicolons. Interestingly, this syntax is now becoming more default and pro-eminent. Probably, it is because developers now use SCSS syntax for developing the existing tools, demo and plugins for Sass.

Now look how it is written in Sass

Before you start using Sass, make sure you have installed Ruby in your system. For Linux, Ruby can be installed with the help of apt package manager?—?rbenv or rvm.

Ruby and rails can be installed in Windows by the Ruby Installer and in Mac os, Ruby is already installed in it. 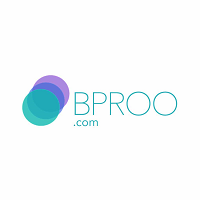 Don't worry about being successful but work toward being significant and the success will naturally follow. I love enjoy sharing my knowledge. 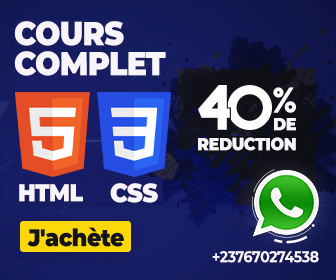 learn how to setup angular 7 and firebase